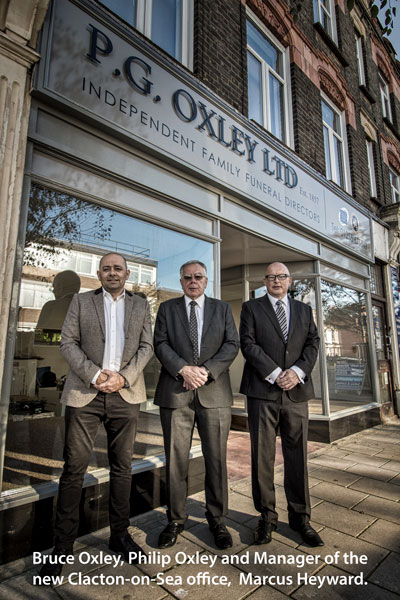 P.G. Oxley Ltd is the oldest recorded independent family funeral business in Essex and is now celebrating over 160 years of continuous trading.

From the early 1830’s Philip Oxley worked as a pattern maker for the Warner Bell Iron Foundry (owned by the Warner family), situated at the Naze end of Walton-on-the Naze. Philip had for some time nurtured the ambition to become the village carpenter, giving him greater and more varied use of his woodworking skills and allowing him to become his own master.

So it was that Philip left the Bell Foundry and in that year, the Essex Gazetteer for 1857 listed Philip Oxley as the village carpenter, making amongst other things, coffins. Philip’s son Philip George who had later followed his Father into working at the Foundry, had leanings towards the building trade, and to get away from the boredom of pattern making, joined his Father at his business.

It was a short step to becoming undertakers.  As time went by, Philip George became more active in the building side of things, although retaining his interest in his Father’s funeral work.  Eventually, with the death of Philip Oxley in 1901, Philip George amalgamated the operations of the firm under the heading of P.G. Oxley, Builders and Undertakers.

Although Philip George had two sons, neither entered the business. Albert the eldest, emigrated to North America and Willie, after serving in France during the First World War, joined a French road contracting firm, Routes et Paves, which undertook large road building contracts in the north of England.

In 1927, due to his father’s advancing years, Willie returned to Walton-on-the-Naze and took over the running of P.G. Oxley.  In 1934, a further generation was introduced into the firm.  He was Robert, the second son of Albert, and he followed the pattern of his forbears by learning a trade in the building side before becoming involved in the funeral activities.  He too joined the Army in 1939, serving as a commando and served until 1946 when he returned to the family business.  It was during this period of that Philip George passed away in 1943. 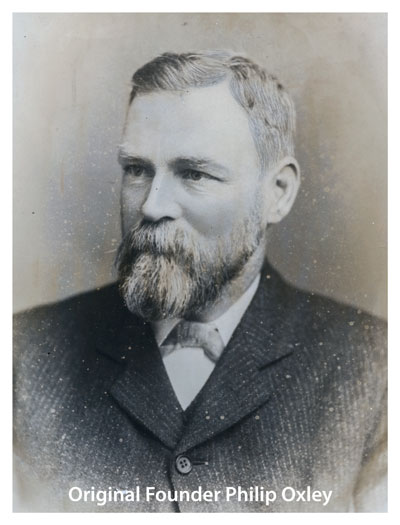 In 1957, 100 years since Philip Oxley had started out as the village carpenter, P.G. Oxley became a Limited Company. Robert became a Director along with Willie and his wife Marie.

In 1960 Willie died and the direction of the company was assumed by Robert who was later joined by his son Philip in 1965, who again like his father before him learnt a trade in the building side before becoming more involved in the funeral business. In 1972 Robert’s eldest daughter Julie joined the company working closely with Philip on the funeral side.

In 1979, P.G. Oxley Ltd acquired the business and premises of another family business in the form of W. Green & Sons in Frinton-on-Sea, following the retirement of the owner, Mr Harry Green. In 1988 the control of the company passed to Philip Oxley as Managing Director and Julie as Company Secretary and Robert their father took on the role as Chairman.

In 2007 the funeral side of the business moved into a newly refurbished office alongside their existing address in the High Street, Walton on the Naze, a perfect way to celebrate the 150th anniversary of P.G. Oxley Ltd.

Sadly Robert Oxley passed away in 2008 and with Julies retirement soon after, the company continues under the guidance of Philip and Bruce (Father and Son), with Julie continuing as a Director.

Encouraged by an increase in serving families from the Clacton on Sea area, P.G. Oxley Ltd have taken the opportunity to extend the funeral side of the business and in 2015 opened a new office and Chapel of Rest in Station Road, Clacton.

Adapting with the times, whilst benefiting from six generations of experience, P.G. Oxley Ltd continue to enjoy the confidence of the local community, with a caring, compassionate and thoughtful approach.

Need some help or advice?

Send us an email